Land owners have a duty to warn and protect invitees from defects that may cause injury, unless the defect is considered open and obvious. For a defect to be open and obvious the invitee has to prove that she was distracted and the landowner could reasonably anticipate that distraction. Generally speaking, we are considered invitees when we are on land owned by the City of Chicago. Therefore, Chicago has a duty to warn and protect us from dangerous conditions on city sidewalks and to take reasonable care that city land is safe and not likely to cause harm.

Imagine a clear August day in Chicago. Debra and Joe Annolino are walking from their daughter’s apartment on East Scott Street at around 8:45am. They are in front of an apartment complex when, suddenly, Debra trips and falls on a slab of sidewalk that’s raised 2.5 inches. She broke her right index finger and fractured her left kneecap, and sued the City of Chicago. Debra testified that she was not distracted, other than talking to her husband and looking around; fairly normal and expected behaviors. But, Debra also stated that if she had been looking down at the condition of the sidewalk, she would have seen the defect. The manager of the complex provided evidence that she sent letters to the prior and current alderman to fix the sidewalk where Debra fell.

Debra and Joe sued the City of Chicago for negligence, alleging that Chicago failed to maintain and repair the elevated sidewalk, failed to warn the public, and ignored specific complaints about the sidewalk. Debra further alleged that if Chicago exercised ordinary care then it should have known about the state of the sidewalk. The attorneys for the City disagreed, arguing that Debra’s fall and subsequent injuries were due to her own negligence and her failure to keep a proper lookout.

Chicago moved for judgement, arguing, using Debra’s deposition as support, that it owed no duty to Debra because the condition of the sidewalk was open and obvious. Debra responded that the condition was not open and obvious and, even if the court found that it was, the distraction exception applies. Debra reasoned that the condition could not be open and obvious because so many other people have tripped or fallen on that same condition before her. The Honorable John H. Ehrlich, circuit court judge, found Debra’s argument contrary to her own testimony and ruled in favor of Chicago. Without establishing that the city owed her a duty, Debra could not maintain her cause of action for negligence.

Debra asked the court to reconsider, arguing that Chicago owed her a duty of care because the alderman was on notice and the city had the funds to fix the defect. The court denied the motion and Debra appealed. The Appellate Court affirmed Judge Ehrlich’s decision, finding that the condition was open and obvious. Debra appealed to the Supreme Court. The Court then considered the distraction exception. Previously, the Court found that the distraction exception can only apply when there is evidence from which a court can infer that the plaintiff was actually distracted; whereas the mere fact of a plaintiff looking elsewhere does not constitute a distraction.

Here, the Court also found Debra’s testimony to be damning, the distractions that she alleged or testified were only speaking with her husband and looking around. An argument specifically rejected by our Supreme Court in a 2014 decision. That decision, which is the subject of another article, found that a distraction exception must be one that is not solely the plaintiff’s own creation. Looking around and holding a conversation were in Debra’s own creation and therefore did not qualify as a distraction under the exception. 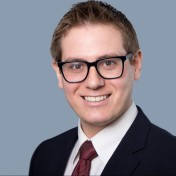