As Chicago continues to make changes to the city’s overall transportation landscape, residents might be given the option of electric scooters as transportation sooner than expected.

Mayor Rahm Emanuel recently announced the creation of a new transportation and mobility city task force that is chaired by the former secretary of the U.S. Department of Transportation, Ray LaHood. The goal of the task force is to develop guidelines and goals that will help regulate and manage new modes of transportation as they continue to be introduced to the city.

As mentioned in a previous post, the city of Chicago is hoping to avoid some of the issues other cities have been dealing with due to the rapidly rising popularity of electric scooters and scooter-sharing companies. The task force plans to create regulations necessary to introduce electric scooters to the city as smoothly as possible. Now that Lyft and Uber have begun to embrace the movement, with plans to launch their own scooter services in cities nationwide, Chicago hopes that there will be plans set in place soon to allow residents the option of scooter-sharing. Not wanting to repeat the mistakes other cities have now had to scramble to fix, Chicago believes this task force is the best approach to introducing and enforcing regulations that lay the best foundation for when the city decides to give the greenlight on scooter-sharing. 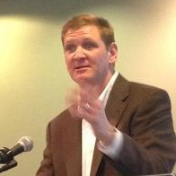